You’ve got some new songs you want to share with the world. Maybe it’s just some friends for some feedback or to send around to get some gigs. You look around your rehearsal space. Drums, check. Guitar, bass, check. Recording equipment? All you’ve got is basic 2-in/2-out soundcard and a mic or two, maybe a mixer. No engineer other than the space between your ears? Ok, we can work with this.

Step zero is to get the sound you want in the room. The song should be tight, ready to be recorded. Your kit should be in tune, sounding the way you want. Any creative decisions that need to made have to be made now, almost nothing can be done in post now. Many of the great tracks from the 60s and before were limited to four tracks and what comes through is the quality of the songwriting and the performance. Yes, with some tracks there may be a lot more going on, but if things are sounding good when you start simple you can scale up from there. You can use a DAW or something simple like Audacity.

First up, record an instrumental

You know I said four tracks, this is why; vocals are almost always recorded after. I’ll talk about this below.

Using the mics you have it’s all a matter of positioning them and your kit so that the sound on the recording is balanced. If you’ve got a mixer, use that. If all you have is two mics set them up next to each other angled 90 degrees apart, pointing at the edges of the drum kit, and turn things up or down in the room so they fit with the drums.

Once you’ve got the room sounding good hit record. Listen back and don’t move on until you’ve got a take you’re happy with from start to finish.

This is where your virtual four track comes in. You get no bleed from the instrumentation and you don’t have to worry about monitoring nearly as much when you don’t have to compete with the drummer. Again, I prefer getting a good take from start to finish, but you can punch in and out if you’re set up for it. You’ve got a fixed take for the backing track, so as long as you have the cues anything’s game.

Have you ever watched some old videos of people like James Brown performing live?
Or even some of the more modern singers on the top of the game? Did you may notice that they move around the mic a lot? These guys know how to make a belt or a whisper sound a similar volume once it’s picked up by the microphone. This is is called working the mic and it’s a skill that doesn’t come naturally and I’ve not mastered yet. For the rest of us there is compression, or riding the volume fader. The target is to have the quietest part of the performance understandable without the loudest parts sticking out. Here I suggest getting the best performance and tweaking in post.

Once you’ve got your take, set the relative volume between the band and the vocals, maybe add some reverb (but less than you think) and hit print. If you’re tight then this is a quick and simple way to get your music out there. 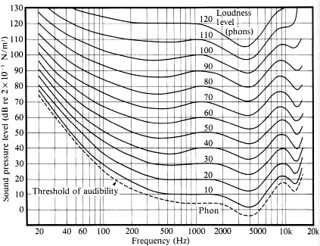 I’ve been doing some producing on my laptop recently and here’s a useful tip I’ve found for saving space on those smaller screens. When you open a plug-in window in Logic Pro it wraps the GUI itself in a black window with some extra options on.

You could always enlarge a plug-in window (although I’m not sure why you would want to), but since Logic Pro X you can also shrink them. On the top right there’s drop-down list of sizes you can choose from. But did you know you can also hide the header itself?

To do this just click the black-on-black button. This will shrink the plug-in’s header bar. You can find the top of the header and click the boarder itself, but I find this temperamental. Pixels saved! The only thing I find myself missing from this view is the power button for A/Bing plugins.

Say you’ve got a few tracks grouped and bussed and you want to take a bounce to create a stem. The bounce in place feature is useful, but works track by track, and if freezing isn’t what you’re after. What if we want to bounce the whole drum group? How can we take the processed audio, effects and all, and bounce that to a stem?

Logic’s audio tracks hold the answer. You can set an audio tracks input to be any bus. By sending the tracks or groups to an unused bus we can capture the output by simply recording the output. Step by step:

1: Select the track or tracks to bounce

2: If the tracks are not already bussed together, pick an unused bus. Either change the outputs to the bus or add a send to the bus, setting it to line level.

3: Create a new audio track. Change the input to your bus and record the section. The effects chain on the chosen bus will be skipped.

And all that’s left is to clean up your input tracks, if you want. Usually, the Bounce in Place is an easier solution (^b), but for those times where your setup up is a bit more complicated routing to an audio track may be just what you need.